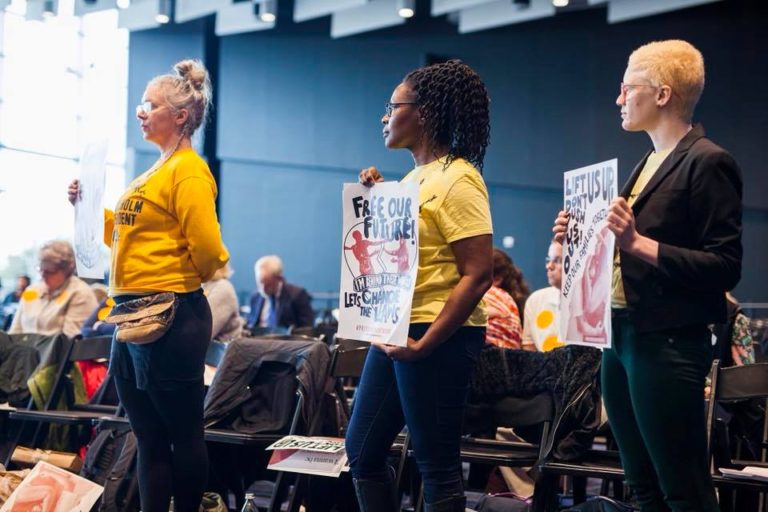 WHEN U.S. SEN. MARK Warner of Virginia toured a shelter that held migrant children who had been forcibly separated from their parents, Warner reached the same conclusion as millions of other Americans: Kids should be with their families.

But separating families and locking up young people is nothing new in this country. In fact, 50,000 young people are locked up in youth prisons, separated from their families and support systems, and experiencing trauma day in and day out. News stories from recent weeks are shocking, but they are just echoes of our country’s outdated, ineffective and cruel juvenile justice practices, which isolate and punish children when they are still developing, rather than taking advantage of the nurturing of their families and communities.

As a Virginian and as an American, I was ashamed to learn that a juvenile detention center in the Shenandoah Valley was housing migrant children who had been separated from their families. I was even more appalled to hear that physical abuse had reportedly been inflicted on these children, who allegedly had been restrained in chairs, kept in solitary confinement or injected with psychotropic drugs against their will.

But sadly, I was not surprised. These shameful practices have precedent in our country. Many similar institutions and youth prisons were created shortly after slavery was outlawed. Even now, young people of color continue to be incarcerated at disproportionately high rates.

We know that youth prisons don’t work and that separating families and putting young people in prison-like facilities can inflict major trauma. The long-term effects of institutionalizing children are devastating: Research indicates that children who experience this type of treatment struggle to regulate their emotions, maintain healthy relationships and succeed in school or work. There are physical consequences, too — including a shorter life expectancy and an increased risk of heart disease.

Even worse, as echoed by the reports about the Shenandoah Valley facility, youth incarceration is a breeding ground for child abuse. Kids facing the threat of lengthy stays in youth incarceration facilities, without their parents to protect them, are at risk of experiencing life-altering abuses. Youth prisons often leave kids in a worse state than
before they were incarcerated.

Common sense and compassion tell us that the right thing to do is to close youth prisons and invest in alternatives that help families and communities to address young people’s needs. Experts agree: Pediatricians, child welfare specialists and psychologists uniformly oppose the practice of separating any child from their family. Even the Department of Homeland Security advises that children should be kept with their families whenever possible, given the harm likely to result from separation. Incarceration is unacceptable for migrant children, and it is bad for all vulnerable youth.

We must dismantle, once and for all, the systems that allow the institutionalization of children. The best way to protect and rehabilitate children is to ensure that their parents are the foundation of their support, whether in their homes, communities or other
suitable community-based environments. There are community-based alternatives to youth prisons that work better, cost less and help young people get the support they need to get back on track.

A tsunami of outrage from people across the country helped stop the Trump administration’s child separation policy. But here in Virginia, we have more work to do. Recently, Virginia adopted a two-year budget that included funding for a new, 60-bed youth prison in Isle of Wight County. Our state is in the midst of transforming the way we do juvenile justice by closing outdated facilities and reinvesting in alternatives. The Isle of Wight facility would be a major step backward.

We can do more to transform the outdated and unfair juvenile justice system that disproportionately incarcerates and traumatizes our young people of color. We know there are better ways to support positive outcomes for young people in trouble. We must demand the end of keeping kids in cages – no matter their nationality, no matter their race, no matter what.

Valerie Slater is campaign coordinator of RISE for Youth, a nonpartisan effort that supports alternatives to incarceration for young people. She lives in Richmond.